This 50MN (5,000 tons) press, developed for basic scientific research, has been completely overhauled and technically improved by us. The plunger cylinder with a diameter of 900 mm showed coarse places where materials had welded together as a result of the movement due to inadequate material combinations.

The sealing elements were degraded. The machine had a total weight of 80 tons and a height of 4 metres and it was impossible to dismount it in the laboratory. It had to be transported outside and dismounted there.

The piston was hardened again and then hard-chrome plated and ground. The cylinder was rebushed with a special aluminium multicomponent bronze material and equipped with a five-layered sealing package as well as a fully functional wiper ring. The machine base was pretensioned with 50MN during the final assembly, measured and secured with wedge shoes. The complete hydraulic system was tested for proper functioning and all pressure reservoirs were filled with nitrogen. Duration of the overhaul: 6 months from the determination of causes and faults to the recommissioning. 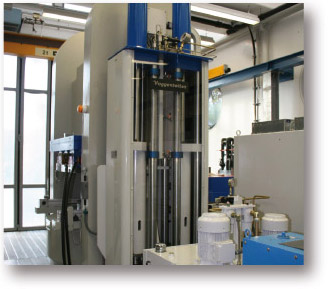 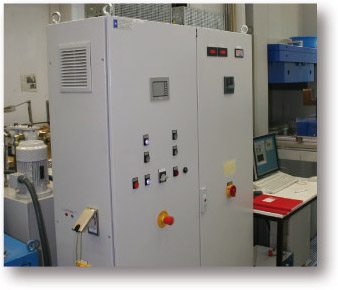